A Necklace of Souls caught my interest because of the mention of dreams in the synopsis (and of course, the beautiful cover which was re-released this year). I think dreams have powerful magic in their own way, even in the real world. 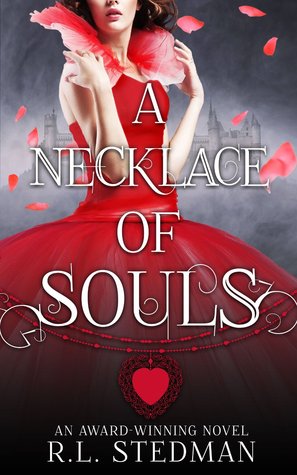 Summary from Goodreads:
‘A true dream is when the events I see in my sleep have, or will happen. It’s a talent that runs in my family. I was thirteen when I had my first true dream.’

Dana wishes she wasn’t a princess. She’s always being told how to behave, what to wear. There’s a strangeness in the castle – why will no one talk about the Guardian, or the necklace that protects the land? And why does her father look at her with such sorrow?

Welcome to A Necklace of Souls: a story of love and loss, of shattered lives and desperate hopes. In the Kingdom of the Rose, bravery is not always measured by strength and magic is real, if only one has the courage to dream.

Shortlisted for the Sir Julius Vogel Award, A Necklace of Souls was awarded the Tessa Duder Award for Young Adult Fiction, Best First Book at the New Zealand Post Children and Young Adult Book Awards and is a Storylines Notable Book.

A Necklace of Souls follows a Princess named Dana, who is not your average princess, and a boy named Will. The story takes place over three years, starting when they are 13. It was interesting to read a YA book with the characters starting out so young. I enjoyed taking peaks into their childhood and learning about them and why they are the way they are. Most times, books just dump back story, but in this novel the reader actually gets to experience it.

The romance between Dana and Will, though a typical noble and pauper story, was very sweet. The love seemed to happen naturally over time and they fit well together.

N’tombe will forever be my favorite character. For my fellow bronies who are reading this, I read her voice like Zecora from MLP. Yes, I’m serious. Lately, I seem to be falling for the supporting characters more often than the main ones.

Stedman’s writing style is typical of a fantasy book, and by that I mean quite wordy and descriptive. I think the story might have benefited from moving along a little bit quicker, seeing how it is 3 years in approximately 300 pages.

I don’t normally read high-fantasy, and this is (arguably) a high-fantasy themed novel. There are hints of sci-fi with the acknowledgement of alternate universes, which is where it all really came together for me. I’ll admit it, this was a hard book to get into. It wasn’t until about 30% in that I started to get hooked, and I think that was mostly because of the arrival of N’tombe, Dana’s mysterious tutor who reveals that she came from an alternate dimension. Whoa – suddenly it all made sense. I had been trying throughout the first 100 pages to figure out exactly where and when this book was set, I had decided on a magical medieval England, in a made up kingdom. The multiverse concept made it much easier to grasp.

Overall, I enjoyed this book very much and I’m excited to see what’s next for Dana and Will. The sequel, A Skillful Warrior is set to be released May 2015.