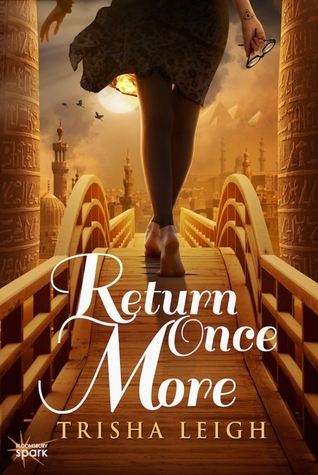 If you could learn the identity of your one true love—even though you will never meet— would you?
Years have passed since refugees from a ruined earth took to space, eventually settling a new system of planets. Science has not only made the leaps necessary to allow time travel, but the process engineered a strange side effect—predicting your one true love.
If you could save your one true love from an untimely death, would you be able to resist?
Sixteen-year-old Kaia Vespasian is an apprentice to the Historians—a group charged with using time travel to document the triumphs and failures of the past—and she can’t resist a peek at her long-dead soul mate in Ancient Egypt. Before she knows it, she’s broken every rule in the book, and the consequences of getting caught could destroy more than just her new romance.
Or would you have the strength to watch him die?
But when Kaia notices a fellow classmate snooping around in a time where he doesn’t belong, she suspects he has a secret of his own—and the conspiracy she uncovers could threaten the entire universe. If her experience has taught her anything, to changing history means facing the consequences. The Historians trained her to observe and record the past, but Kaia never guessed she might have to protect it— in a race across time to save her only chance at a future.

I’ve never had a thing for time travel, but I have always had a thing for Ancient Egypt, so that’s what drew me into Return Once More. I believe that the author did a good job of describing the futuristic world and the technology that was used within it. I find that some books have to little explanation while others have far too much – Trisha Leigh got this one just right. Some of it did require a willing suspension of disbelief, but that’s why we read fantasy!

The entire premise of being about travel back in time but not forward it time made sense to me. The past is already done but the future possibilities are infinite. As long as you don’t screw up the past and make sure we have a future to return to. The other plot device used was the ability to find someone’s “One True Love” throughout all time and space. For some reason, they can predict someone’s True in the future… but not go there… hm. That felt undeveloped for me. I played along with that, because hey, I love History so the thought of being able to go back and observe was awesome!

Kaia is a great heroine, I enjoyed reading from her point of view. She is a realistic teenager who breaks all the rules when it suits her, but still has a strong sense of what is right and wrong. The supporting characters could have used a bit more fleshing out, as sometimes I was confused about who Kaia was interacting with.

While the book moved and read quickly, some of the pacing felt off to me. I found myself bored every so often and then suddenly it would pick up like a roller-coaster. I really loved the cover for this book. I like the juxtaposition of the modern clothing with the (fantasy inspired) Ancient Egyptian setting.

As I was approaching the end of the book, I knew that there was no way that it was all going to wrap up nicely in the last 10%. I went into this book thinking it was a standalone, so I was left wondering wtf was going on at the end. Imagine my surprise when I realized it was a series! I can’t wait to read what happens next.

In the end, I really enjoyed this book by Trisha Leigh and I look forward to reading the next installment in the series. She does have another series completed with CreateSpace named The Last Year, which I will also be adding to my to-read list. The first installment, Whispers in Autumn is free on Amazon!