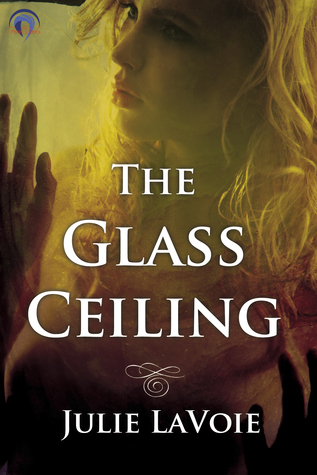 Darkness can hide in the brightest of places…
Pickaxes, grime, and watery oatmeal are all sixteen-year-old Heart has ever known. Growing up in the tunnels, the only breaks in her muscle-aching monotony are the numerous nights spent cramped in a metal box. Stupid runaway mouth. But when strange visions and a hidden map hint there’s more to life than she’s been led to believe — boys being one of them — only one thing weighs on her mind. Escape.
Yet freedom is a tease. Heart merely trades her small prison for a larger one — a transparent dome controlled by the Guardian, an aging leader bent on creating a genetically perfect race. Heart’s birthmark on her shoulder? An abomination that carries a lifetime sentence of slavery for females.
Refusing to let a glass ceiling deter her, Heart searches for a way out of the dome. But unraveling the Guardian’s secrets is a risky endeavor. Human skulls atop crude sticks serve as a warning: treason is punishable by death. When her new friends are captured, and escape is just an arm’s reach away, Heart must decide. Take the freedom she so desperately wants or save her friends’ lives?

This book hooked me from the description and I was extremely happy to receive a free copy for to review, thanks to YA Bound Book Tours. Initially, I was worried that this might be another formulaic dystopian YA fiction, but I was pleasantly surprised. The author writes with a strong voice and by chapter 5 I was desperately hooked. I switched the file from my tablet to my phone so I could read it on the go, and in the kitchen, and in the bathroom … you get the idea.

The main character Heart, named for the birthmark on her shoulder, starts off as a headstrong trouble maker. All she’s even known is slavery in the mines and cares for the girls around her (even though they’re not all trustworthy). She fights the Matriarch and ends up getting put in a glass prison. Don’t want to risk any spoilers here, but it just snowballs from there with fast-paced adventure!

I expected more feminist themes, based on the title the Glass Ceiling. For those of you unfamiliar, the “glass ceiling” refers to an unofficially acknowledged barrier to advancement in a profession, especially affecting women and members of minorities. (definition by google) While I can see the connections, I was hoping for a bit more girl power and a bit less drooling over boys.

I had been taking breaks from the book tours during my first semester in school and fell behind in my reading. It feels great to get my hands on some ARCs again. Glass Ceiling was a wonderful read over the winter holidays and I’m looking forward to what the author has planned for us next.